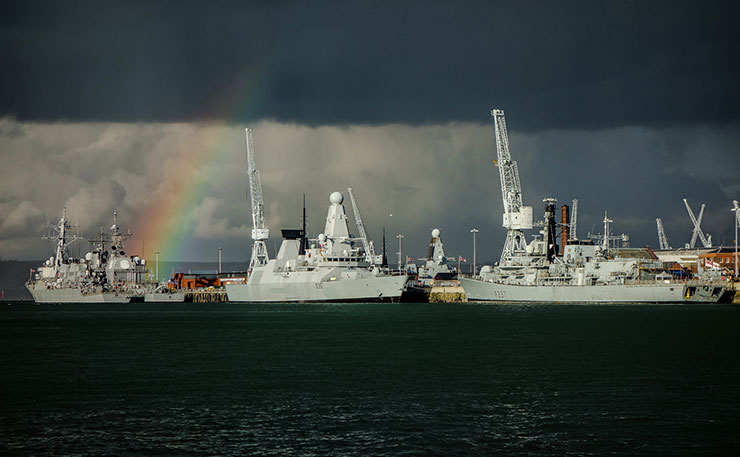 Tensions continue to grow in the South China Sea between the United States and China. But there’s tensions closer to home as well. On the Aboriginal-owned Tiwi Islands, Traditional Owners are increasingly concerned plans are afoot to bring the full might of the United States military into their pristine backyard. A massive port recently constructed on the island – without any environmental approval – is at the centre of the angst. Thom Mitchell continues his ongoing investigation into the Tiwi Islands port.

with the Chinese now controlling port Darwin, the rumour about USA marines at Port Melville are growing louder..

Growing numbers of USA residents are finding themselves in the firing line of domestic military expansionism, whether it be living in areas subjected to chronic, harmful jet noise, or having their fishing areas disrupted and polluted by Naval war gaming exercises. For many, the issue could literally be a matter of life and death.

The impacts of noise pollution are often underestimated. Its effects span a broad range of health issues, many of which don't seem connected with sound or hearing at first glance. 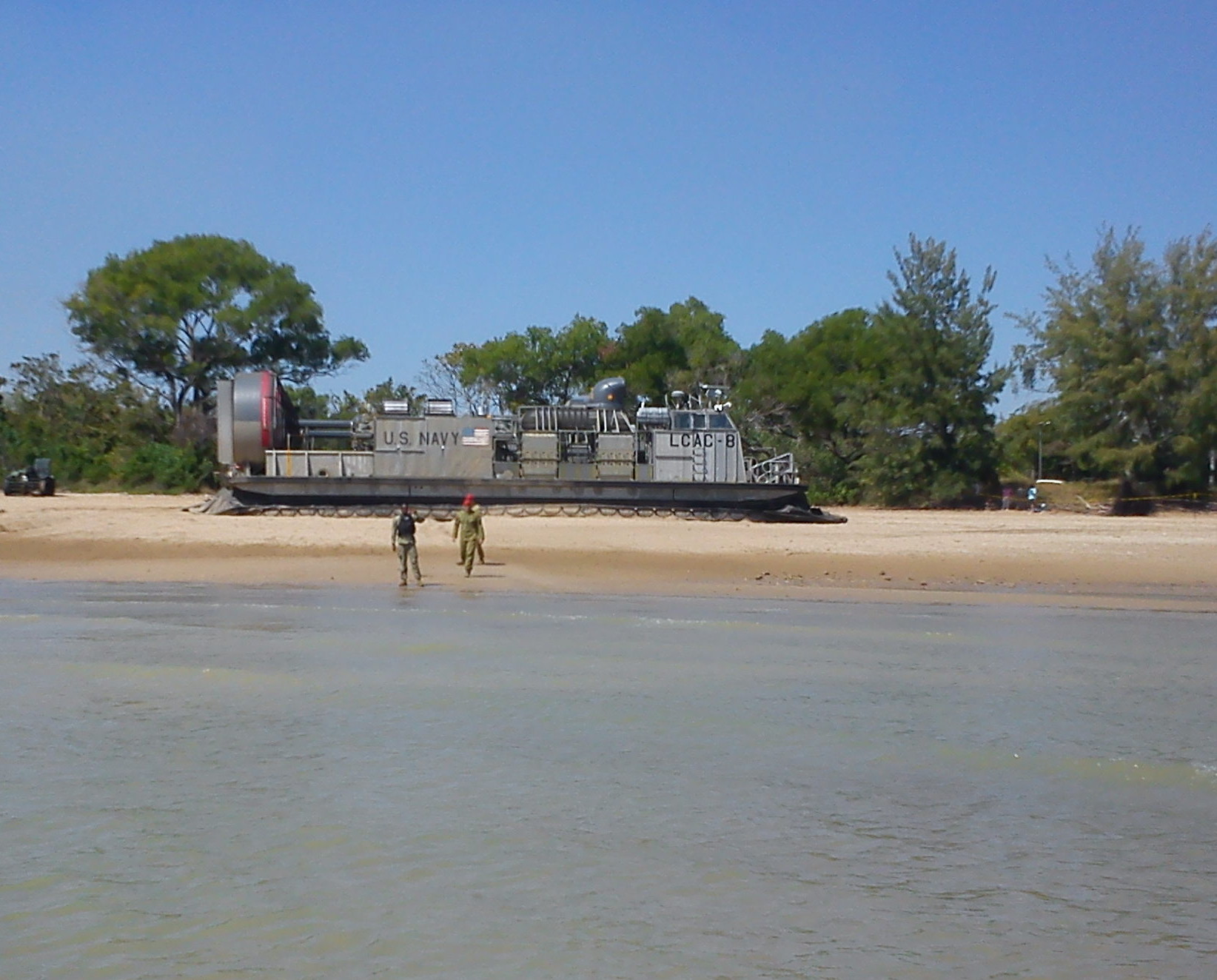 this Sunday a Darwin man was arrested while attempting to obstruct war rehearsal operations at Lee Point.

Despite standing in the water off Lee Pt right in the path of the USA Navy LCAC amphibious craft, it continued to rush back and forth past the protester until he was removed from the area by water police.

The arrested man said he was protesting the context of a growing foreign military presence in and around Darwin.

"This growing foreign presence has contributed to the largest ever Darwin component of the biennial Talisman Sabre war rehearsals, amid dangerous posturing towards China."

"Australia should maintain good relationships with the USA, which may include a military alliance, but this should not extend to tolerating USA military bases in Australia. It may make sense to do some joint training, but we should be careful to not allow this to be abused by our ally to send dangerous signals to other nations in our region."

Earlier this week, three other protesters were arrested in the same area. 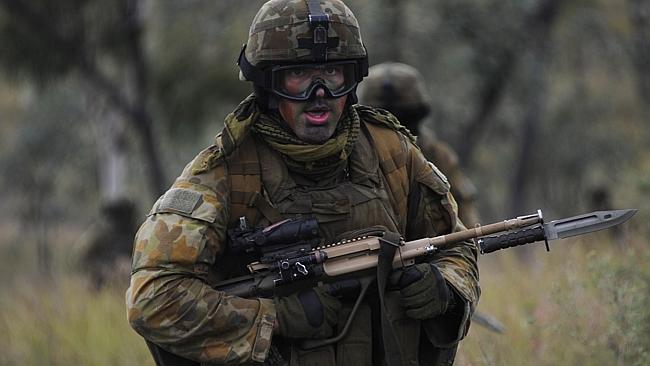 ALMOST 19,000 troops will be playing war games in the Territory and off the coast of Northern Australia in July as part of the Australian and US military exercise, Talisman Sabre.

Australian Army Brigadier Robert Brown said the Northern Territory part of Talisman Sabre had grown this year and would involve about 18,800 Navy, Army and Air Force personnel from Australia and the US.

“This year a larger portion of the exercise will be staged in the Top End,” he said.


“We continue to work with traditional owners to fine tune a staged beach landing at Fog Bay which will occur before the exercise moves into the vast Bradshaw Field Training Area on the Northern Territory and Western Australian border.”

A public open day will be held at the Darwin Showgrounds on July 5 and there will be heightened military activity in the Darwin region.

This year will be the sixth time the exercise has been conducted and will involve about 30,000 Australian and US participants with planning and military operations at sea, in the air, and on land.

The exercise will be run in the Northern Territory and Queensland from July 5 to 21. 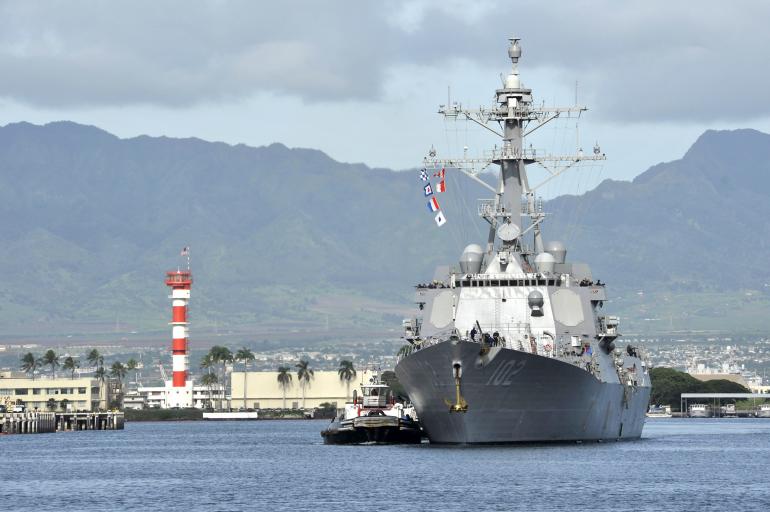 Jonathan Greenert, U.S. Chief of Navy Operations, said the navy base in Australia will hold warships that will become part of an Amphibious Ready Group, acting as support group to a Marine Air Ground Task Force. Reflecting reluctance on both sides to permanently station US troops on Australian soil, a spokesman for Greenert later said the increased US naval presence in the country would be rotational, which he characterized as “placing and not basing.” Amid longstanding plans to rotate up to 2,500 US marines at a base outside of Darwin for six months every year, Washington has already identified warships which would form an Amphibious Ready Group to support a Marine Air Ground Task Force. That group would include a large amphibious assault carrier and two smaller helicopter carriers. The plan would also require the expansion of Darwin’s port. “Now, the question is by when do they need to be ready, will they come in all three, or one or two at a time,” Adm. Greenert said.

and, to everyone's shock and horror, we learn about this significant new development in our subservient relationship with the USA military via USA military leaders in foreign media outlets. #ausFailure