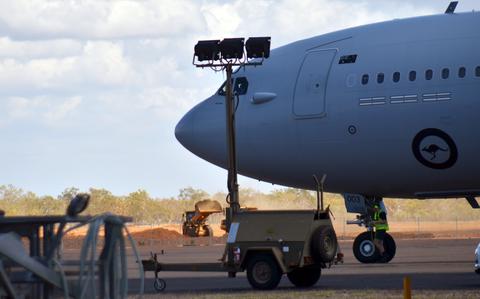 Major construction, funded by the U.S. and Australian governments, is underway in Australia’s Northern Territory for facilities that will be used by the U.S. Air Force, Navy and Marine Corps.

The facilities will support U.S. and Australian forces training to defend chains of small islands that would likely be an arena for any future conflict with China, according to former Australian assistant defense secretary Ross Babbage.

The allies are learning to conduct dispersed operations and deploy anti-ship missiles to island chains in the Western Pacific “to make it extremely difficult and dangerous for Chinese operations in a crisis,” including a conflict over Taiwan, he said by phone Wednesday.

The Australian government will likely announce more initiatives in the northern Australia before the year is over, Babbage said.