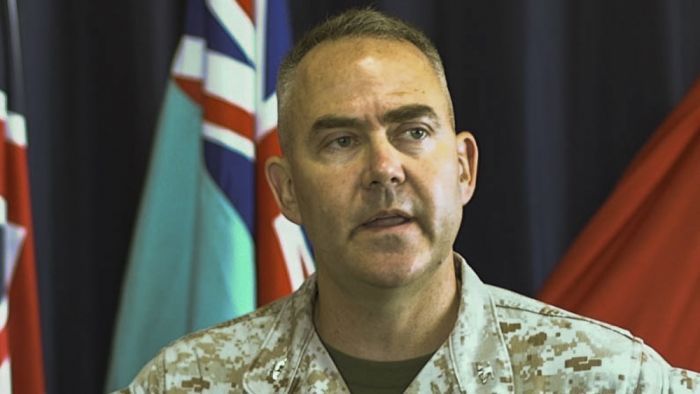 US Colonel James Schnelle is stood down from his job of commanding the largest contingent of Marines ever to rotate through the Top End after being caught drink-driving, a Darwin court hears.

The court heard he failed a random breath test on Darwin's Mitchell Street in the early hours of a Sunday morning late last month.

No conviction was recorded, but the court heard Colonel Schnelle had been stood down from his job of commanding the largest contingent of Marines ever to rotate through the Top End.

Colonel Schnelle is the highest ranking US Marine in Darwin, and is a decorated commander with three service awards.

"This is a man of very high character, he has no convictions anywhere in the world and has contributed immensely to society," Colonel Schnelle's lawyer told the court. "The US Marines are going to deal with him very harshly." His lawyer said any conviction would affect any assignments or promotions he could hope to get in future.