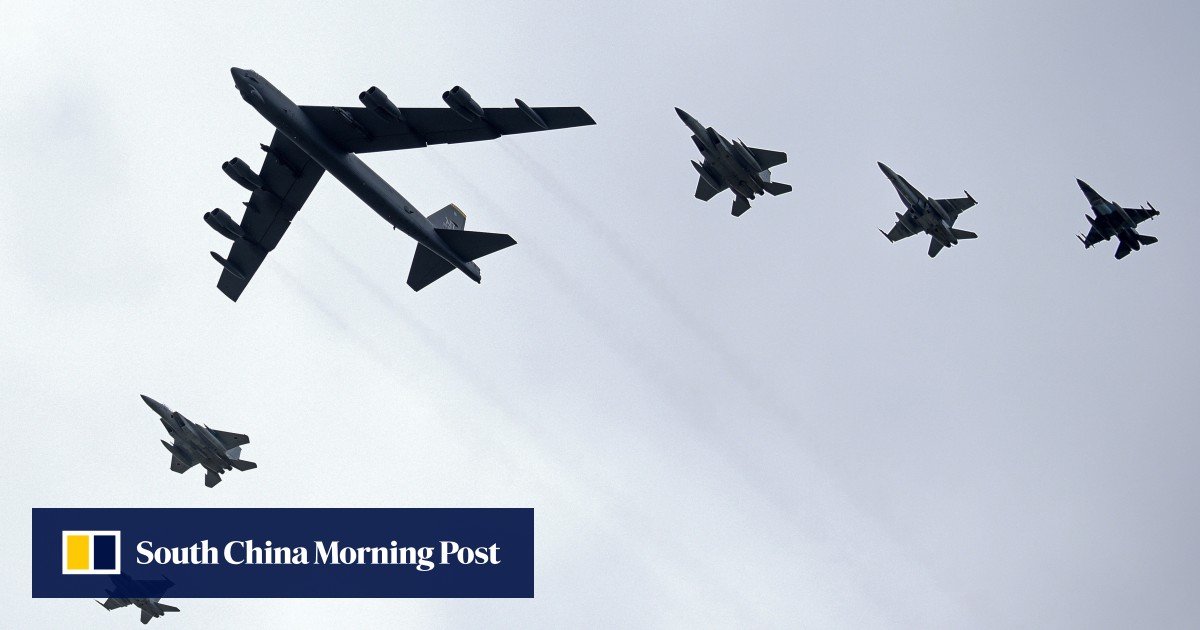 Drills will include air combat exercises designed to improve ability to use smaller airfields in case its main bases come under attack.

The joint exercise at the Andersen Air Force Base, known as Cope North 2021, started on Wednesday and will run until February 19 and will see the base hosting F-35A joint strike fighters for the first time.
The exercise kicks off with an exercise designed to improve the three countries’ ability to carry out humanitarian operations in response to a natural disaster in the region, according to a statement from the US air force in the Pacific.
It also includes air combat drills designed to improve their flexibility and common communications ability.

one commander had said that one aim was to improve the forces’ ability to operate from small, rough airfields with limited facilities – also known as austere airfields– a move analysts said was designed to make it harder to “wipe out” US air power with missile attacks on major bases.

Australian Defence confirmed on Tuesday that the Territory military exercise will not be conducted this year due to the coronavirus crisis.

Pitch Black hosts up to 3500 personnel and up to 120 aircraft from around the globe including participants from Australia, Canada, France (New Caledonia), Germany, Indonesia, New Zealand, Singapore, Thailand, Malaysia, Republic of Korea and the United States.

Japan was to be participating for the first time in 2020.

The cancellation of Pitch Black follows on the back of the announcement that Australia’s largest army exercise for this year, Exercise Hamel, has been cancelled. 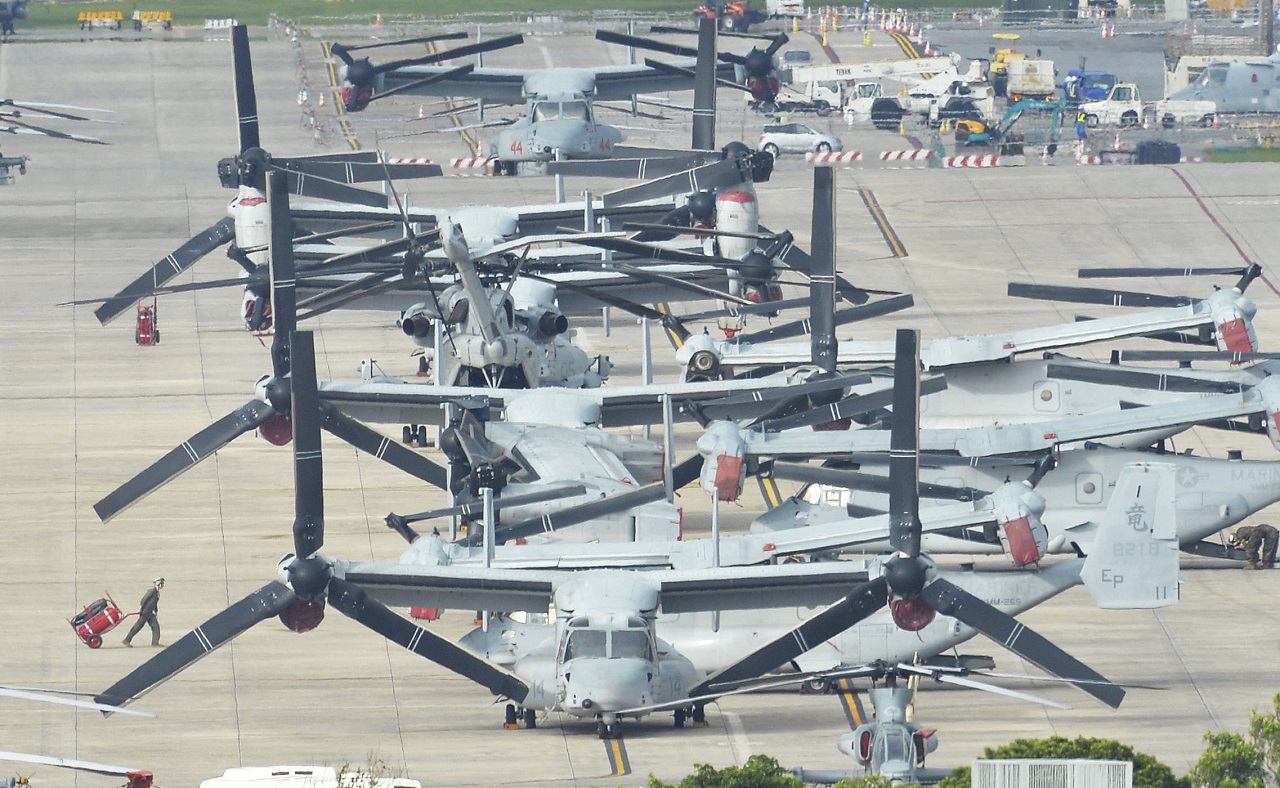 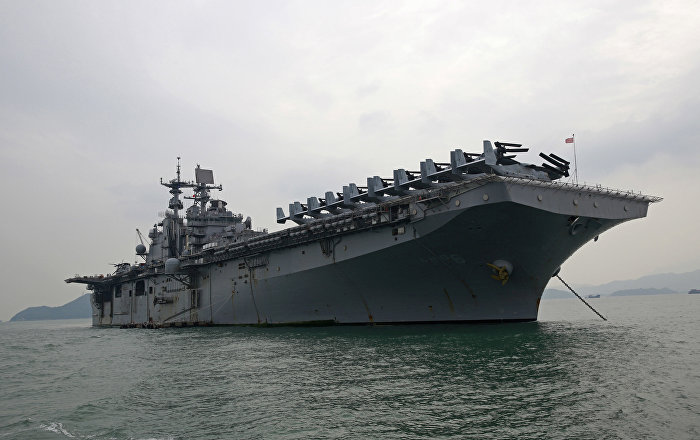 On Thursday, the USS Bonhomme Richard made its way toward Sydney as Australian and US forces commenced their Talisman Saber exercise, the seventh of the large biennial training drills.

According to a Navy statement, more than 33,000 service members from the US and Australia will participate in "high-end warfighting scenarios” designed to “innovatively prepare for regional and global security challenges."

The statement adds that Talisman Saber, jointly sponsored by the US Pacific Command and the Australian Defence Force Headquarters Joint Operations Command, will be mostly sea and land based. It will take place in and around Australia and include “live and virtual training exercises” and amphibious landings.

More than 200 aircraft will be participating, including advanced F-35B Lightning II stealth fighters and tilt-rotor Ospreys, along with 21 ships including the Bonhomme Richard Expeditionary Strike Group and the USS Ronald Reagan aircraft carrier.

"Exercises like Talisman Saber are precisely where we really learn how to take advantage of cutting-edge technology to outpace our adversaries," Adm. Harry Harris, head of US Pacific Command, said in a US Navy statement saying.

During the exercise’s opening ceremony, Harris said he challenged all branches of the US armed forces to "find new ways to enable our joint and multinational combined forces to be faster, more precise, more cost-effective and most importantly, more lethal."

Speaking of Talisman Saber’s symbolic value, Harris told reporters, "I’m pleased about that message it sends to our friends, allies, partners and potential adversaries … I think this demonstrates the importance of alliances in general and the value of this alliance in particular." On Wednesday, the commander made his third trip to Australia in roughly half a year, telling an audience at Brisbane’s Australian Strategic Policy Institute that Washington takes its relationship with Australia seriously, and that the alliance between the two countries could help stop the spread of jihadist extremist groups. Australia is a global leader in the fight against Daesh, he pointed out.

Lieutenant Colonel Brian S. Middleton, says the 1250 US Marine deployment to Darwin stands ready to fight if tensions between his country and North Korea escalate into direct conflict.

Lieut. Colonel Middleton said when US Marines were in forward deployment they were ready for battle.

Lieut. Colonel Middleton is leading the sixth and most complex US marine air-ground task force to be deployed to the Territory.

Along with the 1250 marines that make up the latest Darwin rotation of US troops, it will eventually include up to 13 aircraft, four tilt-rotor Ospreys, five Super Cobra helicopters and four Huey helicopters.

When asked about the North Korea stand-off he said: “We stand ready to fight.”

The marines are from 3rd Battalion, 4th Marine Regiment from Camp Pendleton, California. They will be based at Robertson Barracks, RAAF Base Darwin and Defence Establishment Berrimah.

Marine Rotational Force Darwin is mainly a series of joint exercises, training and exchanges between the US and the Australian Defence Force, but some exercises will also involve military personnel from China and other Asian countries.

The US has rotated a small force of Marines through Darwin since 2012. It was originally planned to send a full Marine Air-Ground Task Force of 2500 Marines to Australia by 2016, but the timeline has been pushed back to around 2020.