US soldier charged with assaulting woman, 60, at Brisbane army barracks 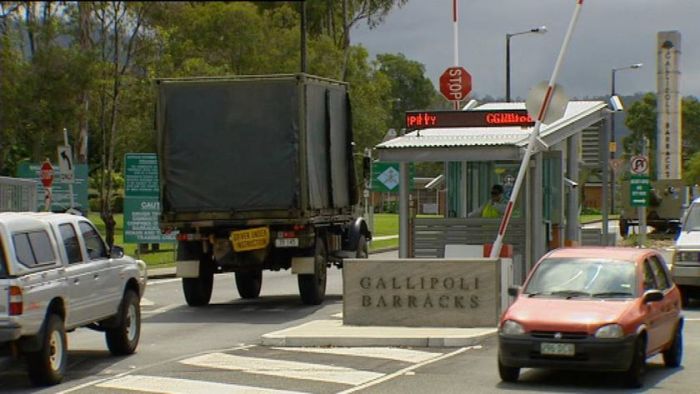 A 20-year-old member of the US Marines has been charged after assaulting a 60-year-old woman who works for the Australian Defence Force (ADF) at Gallipoli Barracks in Brisbane's north-west.

Police alleged the soldier attacked the woman while she was in her car in the Enoggera barracks carpark at 3.15pm on Tuesday.

Police said he also assaulted a police officer who tried to intervene in the altercation.

The woman was taken to hospital with non-life-threatening injuries and was later released.

The Marine was charged with serious assault of a person over 60, assaulting a police officer and wilful damage. Authorities have not revealed what the American soldier was doing at Gallipoli Barracks.