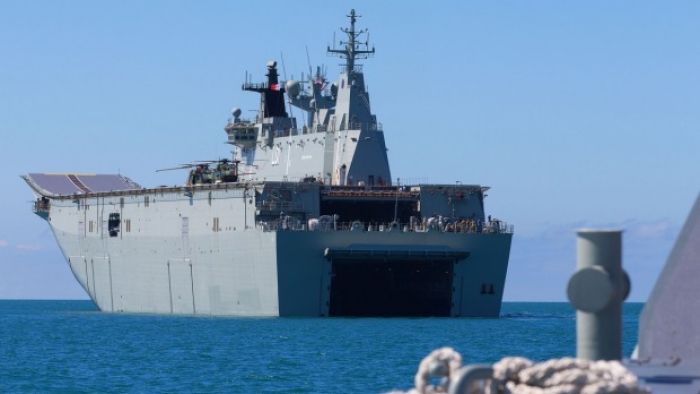 US marines will soon embed on Australia's largest warship for a tour of Pacific island nations, as anxiety continues to grow among western allies over China's rising influence in the region.

Defence sources have confirmed several dozen US marines, who are part of a current rotation in Darwin, would also be embedded on HMAS Adelaide ahead of the RIMPAC war games in Hawaii in July.

"There is a connection that could be made between the geopolitical competition that we're starting to see unfold in the Pacific, with China becoming more present as an actor (including military deployments that will become more regular in the future) and Australia doesn't want that gap to be filled by outside actors." ^/s