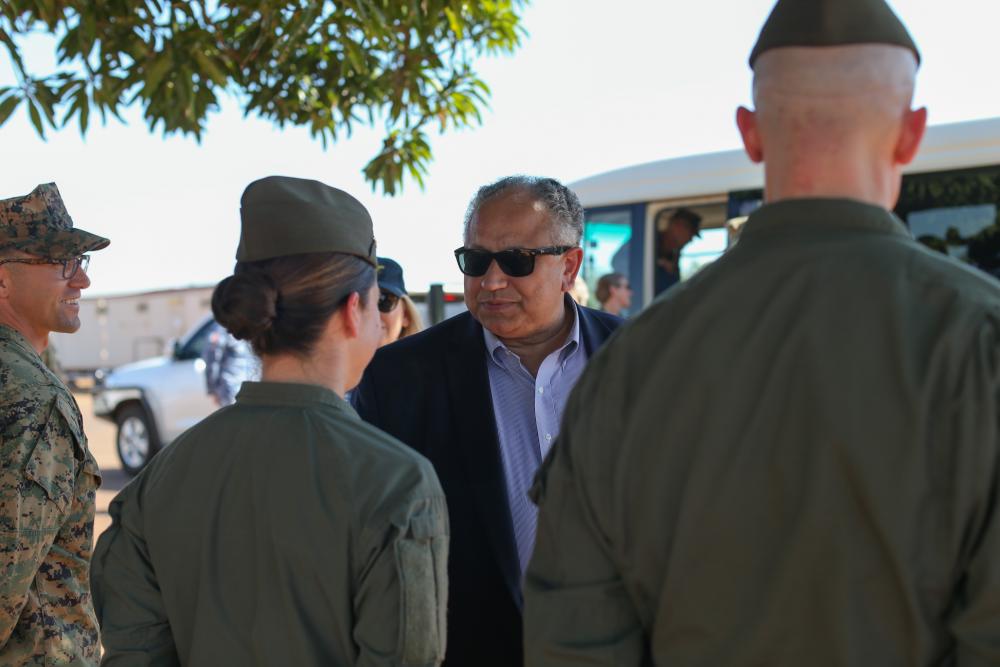 The Honorable Carlos Del Toro, the 78th Secretary of the Navy, visited Marines and Sailors with the Marine Rotational Force-Darwin (MRF-D) on June 18.

“We have a solemn responsibility to be prepared to fight and win wars. I’m so proud to have the Marine Corps here in Australia,” said SECNAV to the Marines and Sailors with the MRF-D aviation combat element, following an update on emerging capabilities of the partnered MAGTF. “This is an advanced capability that is real, and real powerful.”

“You are at the pointy end of the spear out here doing great work.”

“Part of our journey is to train and certify a sea-combat capable headquarters that will integrate naval and joint effects on the adversary in the contested littoral environment,” said the commanding general of the 1st Marine Division, Major General Roger B. Turner Jr.