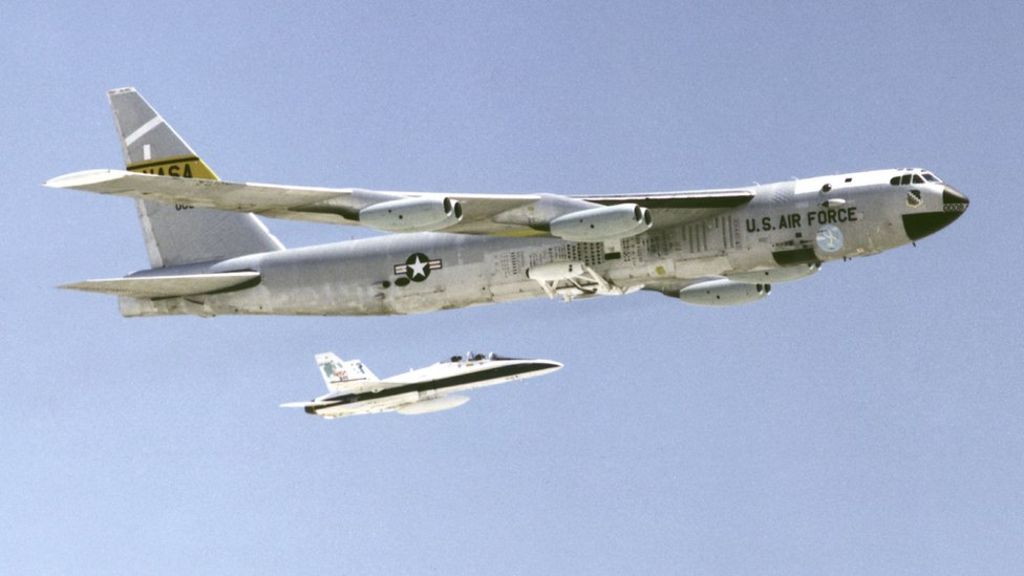 A B-52 bomber has crashed shortly after take-off at a US base in Guam, the US Air Force says.

It says all seven crew members safely left the aircraft after the incident at 08:30 local time (22:30 GMT Wednesday) at Andersen Air Force Base.

Images on social media showed plumes of smoke rising from the wreckage.

The bomber was deployed to the US island territory from North Dakota as part of the military's continuous presence in the Pacific.

Local news site Kuam quoted the Guam governor's office as saying: "We assure the public this does not appear to be an attack."

the Air Force says steps are being taken to minimise the environmental impact, without providing further details.