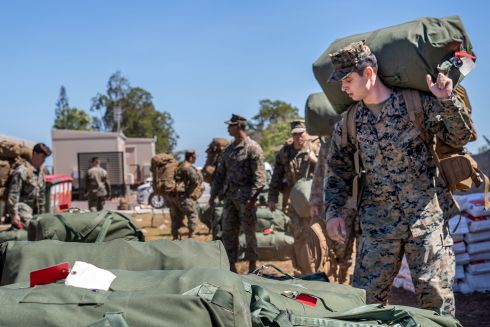 The contingent of Marines training in Australia has reached full strength for this year’s coronavirus-affected rotation after a final group of U.S. service members emerged from quarantine, according to the unit’s commander.

The rotational force, which has trained in Australia during the southern hemisphere’s winter months each year since 2012, has deployed just over 1,000 Marines this year, Banning said.

That’s fewer than the 1,200 the Marines had planned to rotate and well short of the 2,500 sent Down Under last year.

The mission was delayed two months by the coronavirus pandemic, which has forced Marines to quarantine for two weeks after they arrive in Australia.

Only one Marine tested positive for the coronavirus after arriving in Australia, according to Royal Australian Air Force Grp. Capt. Stewart Dowrie, who leads Australia’s Northern Command.

The US Marine who tested positive to COVID-19 remains in isolation at the Royal Darwin Hospital pending confirmation of a negative test result.