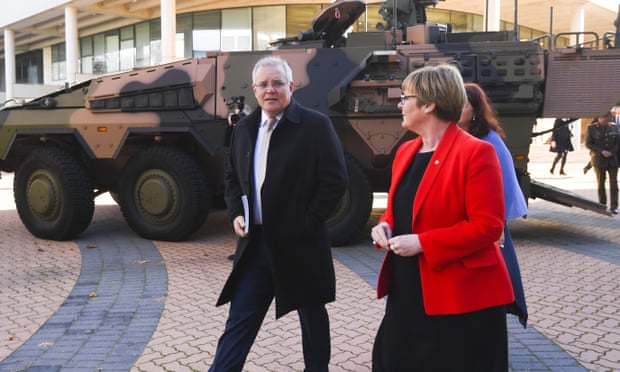 The Australian government has cancelled a number of defence projects – including a “roll-on, roll-off wharf” in Darwin and new air-to-air refuellers – as it sharpens the military’s focus on deterring threats in an increasingly uncertain Indo-Pacific region.

The force structure plan reveals the government is dumping several proposals that were included in the 2016 white paper but “are no longer required”.

These include a roll-on, roll-off wharf in Darwin to load heavy vehicles and cargo on to Australia’s two Canberra-class amphibious ships.

It has also scrapped the “northern advanced joint training area” – a proposal for a site for large-scale, joint and combined amphibious training exercises and a potential rail link to RAAF Base Tindal, near Katherine in the Northern Territory, to transport explosive ordnance and bulk fuel.

But the government says it will still meet a pledge to invest $8bn in northern Australia over 10 years.