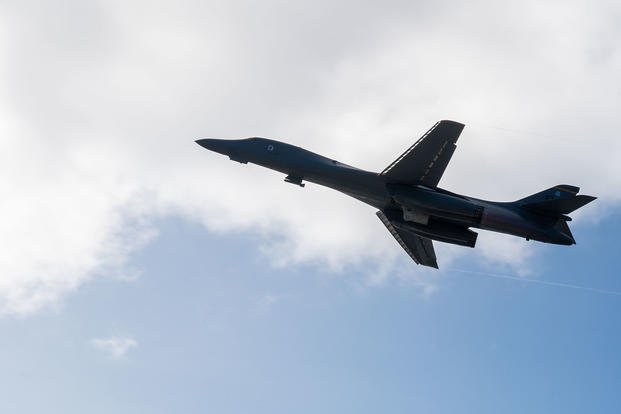 A pair of Air Force B-1B Lancer bombers flew over northern Australia during a training mission Monday, according to Australia’s Department of Defence.

Expect to see more B-1Bs in Australia in future, according to Ross Babbage, a former Australian assistant defense secretary.

The AUKUS defense pact announced by Australia, the United Kingdom and the United States in September includes provisions to make it easier for allied ships and aircraft to operate Down Under, he said in a telephone interview Tuesday.

Darwin, the capital of the Northern Territory, is the base for a 2,500-strong air-ground task force of U.S. Marines during the southern hemisphere winter.

Northern Australia provides easy access to Southeast Asia and beyond. It includes a broad logistics and industrial support base, plenty of air space and ranges for training and a friendly local population, Babbage said.

"There is substantial expansion of fuel and other capabilities being built in northern Australia to support these types of operations," he said.

The B-1Bs rendezvoused over the Timor Sea with two Australian tankers, which transferred fuel to them at an altitude of 30,000 feet, according to the statement.

With thousands of USA Marines - there are likely more to come

The AUKUS announcement has fuelled more speculation about possible expansion of the marines' presence in the Top End, which Defence Minister Peter Dutton has already said he would like to see.

In an interview with the ABC, the USA's Charges d'Affaires in Australia, Michael Goldman, said talks on the subject were ongoing.

Michael Shoebridge, the director of defence, strategy and national security at the Australian Strategic Policy Institute, said northern Australia was becoming another staging point for US personnel, logistics and resources in the Asia Pacific.

Under the 2011 agreement, marines will keep returning to Darwin each dry season for 25 years, ending in 2036. The USA Charges d'Affaires, said the deployments were "just a beginning rather than an end" of the US presence in Australia.

Defence strategist Paul Dibb has urged the upgrade of the RAAF’s Top End “bare bases”, saying the government’s $1.1bn investment in RAAF Base Tindal is a “clear sign of the deteriorating security environment”.

Professor Dibb, who sounded the alarm over the vulnerability of Australia’s north in a landmark 1986 review, also called on the government to consider the acquisition of land-based missiles, to give the nation a credible long-range strike capability.

“We need strike, with significant range. Not short-range. The days of just sitting offshore are gone,” the Australian National University scholar and former intelligence chief said.

“It’s about trying to present more targets for China to account for,” he said. “If you are able to land these bombers in Australia, in the Indian Ocean, in other parts of Southeast Asia, up in Alaska, that is a lot of different places that China would have to track, if there was a conflict.

The upgrade of the Tindal base will include major runway extensions, fuel stockpiles and engineering to support Australia’s new Joint Strike Fighters, US Air Force B-52 strategic bombers and RAAF KC-30 air-to-air refuellers.

American Submarines Could Sail From Australia 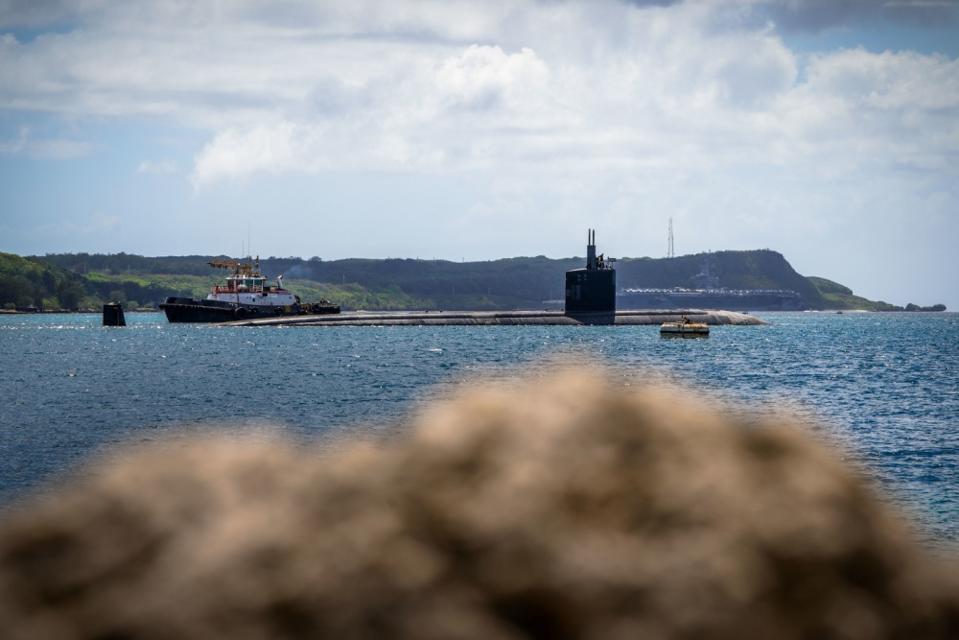 It wouldn’t be shocking if, in coming years, attack submarines from the U.S. Navy, Royal Navy and Royal Australian Navy all sailed from the same base just 2,500 miles from the Chinese fleet’s main haunt in the South China Sea.

Australia is moving to acquire nuclear-powered submarines while also expanding a naval base on its northern coast that could shorten the distance the boats might have to sail in order to reach a combat zone.

And now there are signs that American and British subs might join the Aussie boats. It wouldn’t be shocking if, in coming years, attack submarines from the U.S. Navy, Royal Navy and Royal Australian Navy all sailed from the same base just 2,500 miles from the Chinese fleet’s main haunt in the South China Sea.

The RAN already has a base in Darwin, but it’s a small one that at present accommodates just nine small patrol boats. The Australian defense ministry in 2019 launched a $200 million project aimed at expanding the Darwin base with additional fuel storage and another wharf so that it can support large surface vessels and submarines. 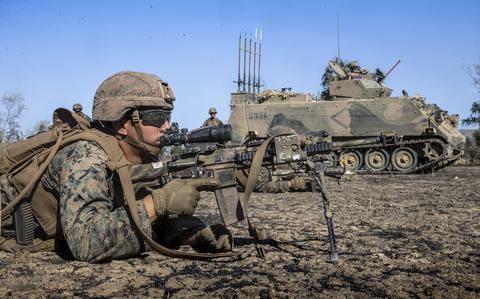